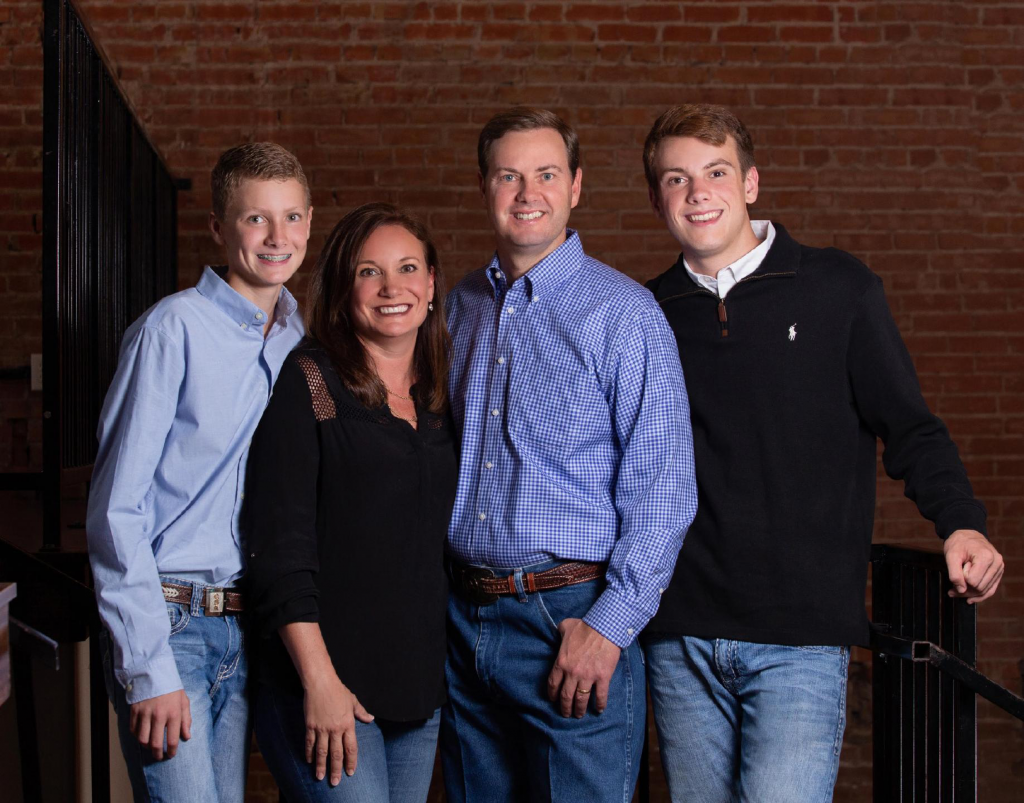 Growing up on a dairy farm in East Texas, Trent learned the value of hard work at an early age by working the land and helping milk cows alongside his dad. To this day, out of habit, Trent still rises early each day and applies the same tireless work ethic to serve his constituents as a State Representative.

Throughout his nine-year tenure representing East Texans, Trent has built a rock-solid reputation as a champion for fiscal responsibility and lower taxes, supporter of public schools and teachers, defender of private property and Second Amendment rights, and a vocal advocate for strong conservative values.

After five sessions, Trent has been fortunate to serve on several key committees that have afforded him the opportunity to deliver real and meaningful results for all Texans.

In the most recent special sessions, Trent was selected to serve as the Chairman of the House Select Committee on Constitutional Rights and Remedies. Under Trent’s leadership, the committee passed legislation to address pressing issues such as election integrity and bail reform.  Trent also served on the House Transportation Committee, where he helped craft legislation to promote safety, alleviate congestion, and secure additional funding for rural roads.

As a member of the House Appropriations Committee, Trent has twice been selected as one of five House members to negotiate the final state budget. During the 87th Legislative Session, Trent passed legislation and secured funding to bolster our broadband infrastructure so that more Texans have access the high-quality internet necessary to communicate, learn, and prosper.

A former School Board President, Trent’s unique understanding of the issues our schools face allowed him to play a pivotal role on the House Public Education Committee. A proven negotiator, Trent was again selected to broker the final details of legislation that added nearly $12 billion to public schools, increased equity for rural schools, provided our educators a much-needed raise and gave a 13th paycheck to retired teachers on fixed incomes.

In his first three terms, Trent held a seat on the House Natural Resources Committee, where he helped lead efforts to ensure our state’s water policies promote economic growth without exploiting our state and region’s most precious natural resource. Trent has also served on the Defense and Veterans Affairs Committee, where he helped ensure the safety of our state through emergency preparedness, while also prioritizing the well-being of the brave men and women who have served in the armed forces.

Since first taking office, Trent has cut property taxes by billions, strengthened our 2nd Amendment rights, reduced the business margins tax, tripled our state’s resources to secure the border, ended budget diversions, and eliminated $200 million in professional licensing fees. He was voted “Freshman of the Year” by the Republican Caucus in 2013 and was recognized by Capitol Inside as “Most Valuable Sophomore” after the 2015 session.

Trent’s rural and agricultural roots run deep. Growing up on a farm, Trent was very active in showing cattle throughout his youth.  He also participated on the rodeo circuit as a calf roper throughout high school. During his junior year of high school, he was elected Texas 4-H President, and his senior year he was chosen to serve as a Texas FFA State Vice President.

A 1995 graduate of Texas A&M University with a bachelor’s degree in Agricultural Economics, Trent bleeds maroon. While at A&M, he was elected to the Student Senate, Class Treasurer, and Senior Yell Leader. During his senior year, he was also elected by his Aggie classmates to serve as one of three Class Agents, a position he held until he stepped down in 2005. He continues to be involved with his alma mater through the Texas A&M Letterman’s Association and Association of Former Students.

Prior to being elected to the Texas House, Trent served as president of a regional title company and as the first-ever Executive Director of the Texas Forest Country Partnership. He also served for over 5 years as a member of the Lufkin ISD Board of Trustees – his last two as President of the Board.

Today, Trent is the Senior Vice President at VeraBank in Lufkin, where he and his wife Nickie raised their two boys – Garin and Grant.  With one son in college and another at Lufkin High School, both Trent and Nickie remain active in their boys’ schools, their community, as well as their church, Harmony Hill Baptist Church.